We All Scream For… 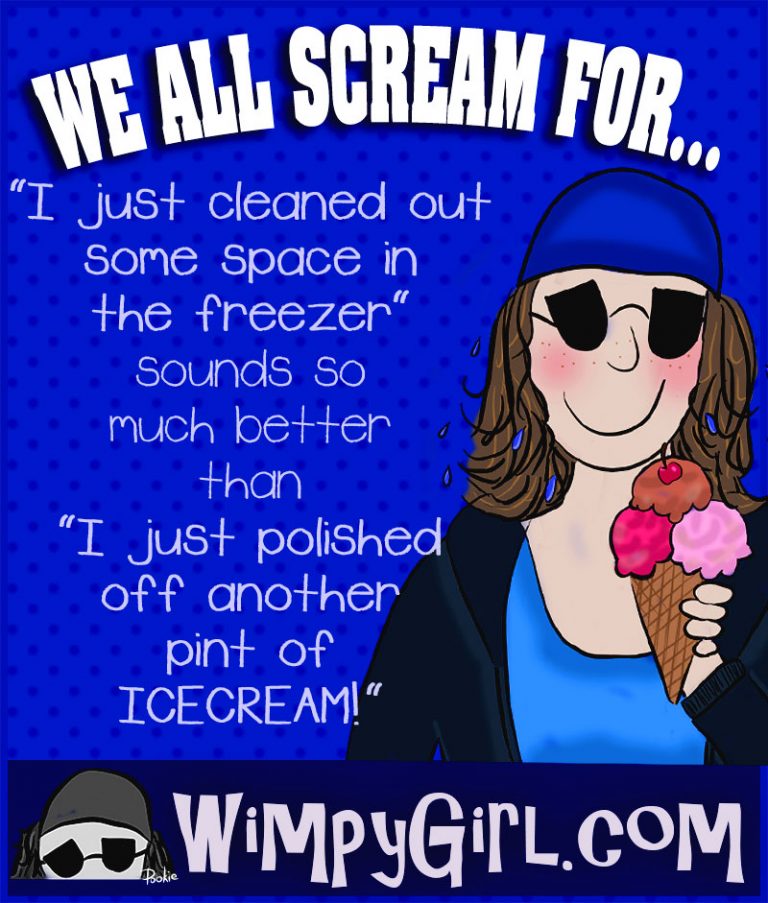 If you are in the “thanking” mood, you can thank Ronald Reagan for declaring the third Sunday in July National Ice Cream Day. Yes, friends, it’s truly a day to celebrate. In fact, old Ronnie declared the whole month of July is National Ice Cream Month. What a way to make America great again! Can you think of anything better than spending the hottest month of every year celebrating and eating ice cream? I didn’t think so.

But, any proper celebration calls for some preparation. To get you ready for all the pomp and circumstance surrounding this illustrious day, I hereby offer these mind-bending facts about my favorite frozen treat. Some of them might make you go, “Hmmm…” and others are totally worthless, but hey, what else were you doing? Here’s the “scoop:”

Ice cream wasn’t introduced to America until the 1700s. The first ice cream ad appeared in the New York Gazette on May 12, 1777. George Washington loved the stuff! The most popular flavors back then were strawberry, raspberry and vanilla. One flavor though, that didn’t quite withstand the test of time was oyster ice cream. What were they thinking? Gotta love those founding fathers!

Ernest Hamwi, a Syrian immigrant is credited with the invention of the ice cream cone. Hamwi sold waffles at the 1904 World’s Fair in St. Louis. His booth was right next to an ice cream vendor. When the ice cream man ran out of bowls the waffle entrepreneur came to the rescue and the rest is history. Talk about being in the right spot at the right time.

A Gold Spoon in Every Mouth

Are you an ice cream connoisseur? John Harrison is. He is an ice cream taster for Dreyers, and evidently has such a palate that his taste buds are insured for a million dollars. Now that’s one talented tongue! All elite ice cream tasters use only gold-plated spoons so that there is no trace of any other flavor with the spoon itself. It seems that plastic or wooden utensils leave a slight aftertaste. Heck, I’d use a crow bar to get to the bottom of an ice cream bucket and then lich all the excess off the bar! But that’s just me.

Ben & Jerry’s employees get to take 3 pints of ice cream home with them every single day! Now that’s a perk!

Those Kiwis Can Put It Away

Having a Melt Down

Have you ever noticed when you ice cream melts and then is refrozen, the texture changes? This is because ice cream has tiny microscopic air bubbles whipped into it to keep it soft and fluffy. When it melts the air escapes. That’s why it’s always best to finish off the whole container at one sitting. Because, well, science.

Brain Freeze. Why It Hurts So Good

I’m sure you’ve gotten an ice cream headache when you wolfed down your favorite pint a little too quickly. Here is how that happens. When something really cold touches the roof of your mouth it causes the blood vessels that are between your mouth and your brain to tense up, trapping blood in your brain. This, in turn, causes EXCRUCIATING brain pain. Yowza! If you are in the middle of such a phenomenon, try pressing your tongue to the roof of your mouth to warm it up. But, you have to admit, a little brain freeze is worth it.

Those Guys in Space Have Taste

According to NASA, ice cream is one of the three foods missed most when astronauts are on a space mission. I’ll bet you can guess the other two. Why pizza and soda, of course.

So is your brain frozen over or melted down with all these interesting ice cream facts?

Regardless of the condition of your brain, I’ll bet you are craving a big bowl (or cone) of your favorite ice cream. So go for it. It’s the day to splurge and make yourself SMILE!