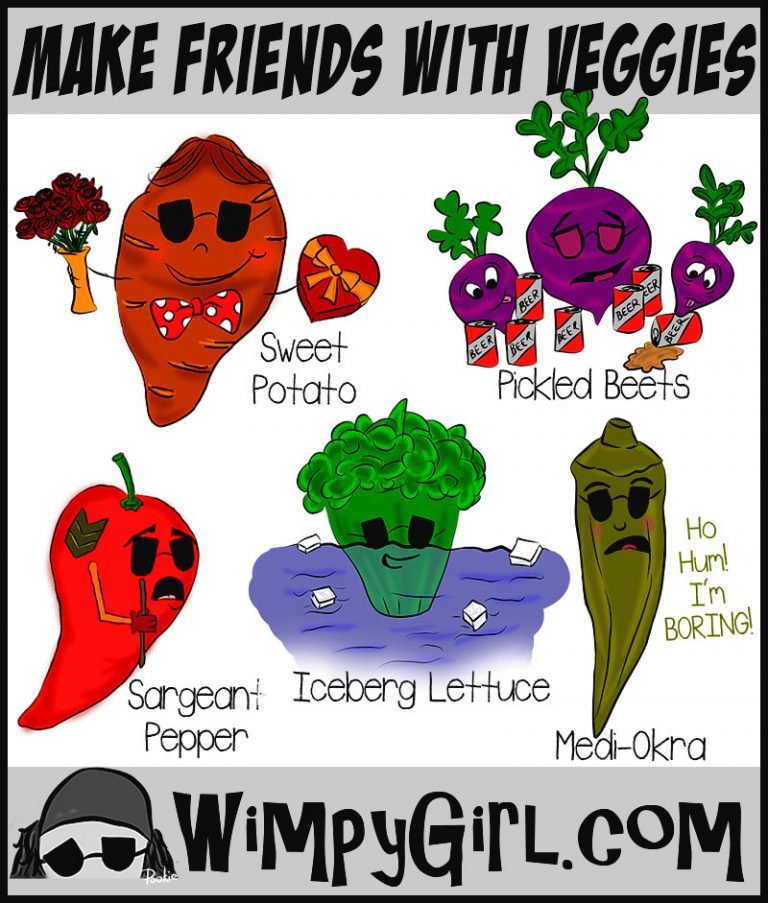 Celebrated since 1994, the goal of this day is to have veggies with every meal as well as snacks during the day.

Okay, okay, if you are, age wise, a grown-up, you don’t HAVE to eat vegetables today, but you do have to pretend to like them in front of your kids or grandkids, because it is an “official” day. Plus, it is something you should be doing every day to have a healthy diet that improves your life. There are plenty of veggie choices that come in all shapes and colors of the rainbow, so you might as well make the best of it.

No, vegetables and celebrating them were not invented by vegetarians, but 8% of the world’s population is vegetarian. In case you are just dying to know, here are a few super cool facts about a few of my favorite veggies:

• The most nutrients in a potato are just below the skin layer.

• Yams and sweet potatoes are not the same thing.

• Germans eat twice as many potatoes as Americans.

Avocado: The Good Kind of Fat

• The avocado is in the same family as cinnamon. No joke.

• In the summer of 2017, more than 3 million photos of avocado toast were uploaded to Instagram every day.

• The word “guacamole” comes from the Aztec word ahuacamolli which translates as “avocado soup.”

• Actually, the avocado is a fruit, but it is my favorite, so I’m munching down on it today in celebration of Eat Your Vegetables Day!

• This Wimpy Girl is not so fond of okra. Bleech, Phooey!

• Okra plants can grow over 6 feet tall. (it figures)

• Okra seeds are evidently a great substitute for coffee. You can dry, grind and roast the seeds and supposedly the taste is not far off traditional coffee. And, it’s caffeine-free.

• Okra slime can be made into a biodegradable way to package food. Researchers have made films out of okra mucilage and corn starch that have the potential to replace plastic food wrap.

• The okra plant has many functions. Not only are most parts of the plant edible, but paper and rope can be made from the leaves and stems.

• Lettuce was a symbol of fertility in Ancient Egypt.

• Lettuce was introduced to America by Christopher Columbus.

• Lettuce is grown all over the world, but 50% of the world’s supply comes from China.

• Don’t store lettuce with fruits such as apples and bananas. The ethylene gas produced from these fruits can cause lettuce to ripen too quickly.

• The average American eats about 30 pounds of lettuce a year. That’s a lot of salads!

• Ancient Greeks believed that lettuce made you sleepy, so they served it at the end of a meal. But the Roman Emperor Domitian, who was a big meanie, served it at the beginning of a meal to torture his guests by making them stay awake in his presence.

My Beloved Beet, Oh, To Be So Sweet (Hiccup!)

• When a beet is harvested, the entire plant (root, leaves and stems) is edible.

• In ancient times, beets were used medicinally for headaches toothaches.

• The largest beet in the world was grown by a Dutch farmer. It weighed 156 pounds.

• Beetroot juice is one of the riches dietary sources of antioxidants and contains nitrates which improve blood flow throughout the body, benefitting the brain, heart and muscles.

• Peppers are technically a fruit and categorized as nighshades along with potatoes, tomatoes, eggplants and tobacco.

• Capsaisin, a key ingredient in peppers, is used to relieved pain when applied to the skin.

• Chilis are the number one cash crop in New Mexico, which also is the #1 producer of chilis in the US.

• Red peppers are fed to flamingos in zoos to help them keep their vibrant rosy color.

• Chocolate and chili peppers are a natural go-together for desserts. Each brings out the natural flavor of the other.

• A hanging chain of peppers (chile ristros) by your door or porch is not only decorative but according to many chili farmers brings good luck and good health.

• Peppers won’t kill your taste buds, but rather the capsaisin in the pepper triggers the heat-sensing receptors of your brain that fakes out your mouth into feeling like it is physically burning.

It is recommended that you eat five servings of fruit or vegetables every day. This discourse is probably more than you ever wanted to know about veggies but hopefully it has inspired you to pig out on a few of your favorites today…and everyday!

I tend to agree with Doug Larson when he said:

“Life expectancy would grow by leaps and bounds if green vegetables smelled as good as bacon.”

Heck, if it smelled like bacon, I could even learn to love okra.