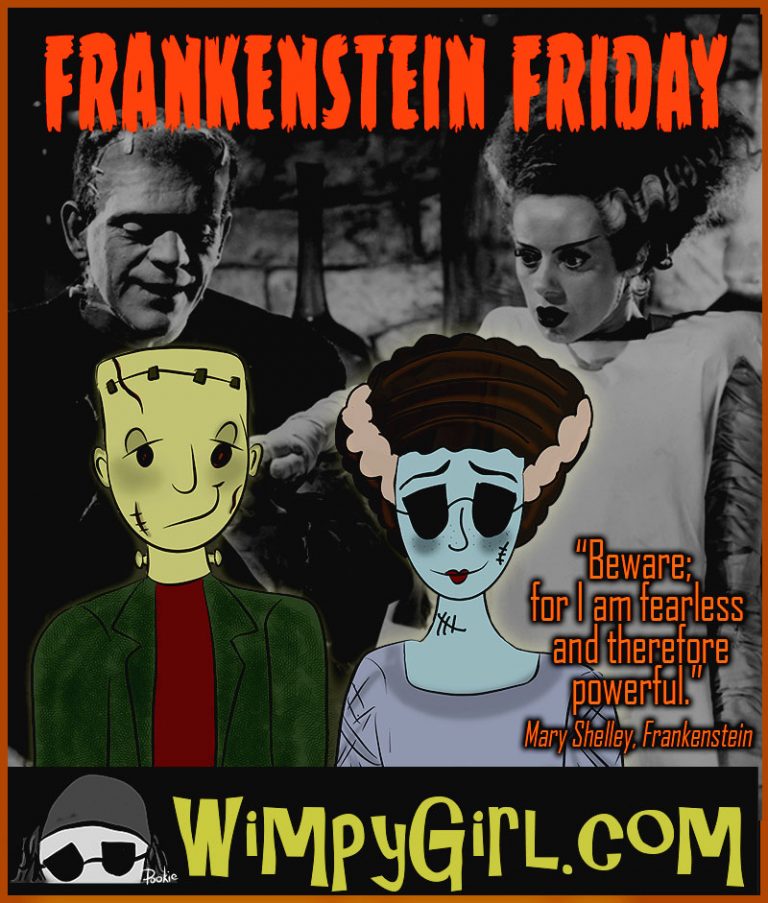 Calling all ghosts, goblins, ghouls and other ghastly creatures. It’s monster season. And, since 1997, on the last Friday of October we celebrate the giant of all freaks, Dr. Frankenstein’s monster and the woman who created the book, Mary Shelley.

The story of how the classic novel, Frankenstein, was written will blow your mind. It’s, well, complicated. Frankly, I think the story of the creation of the book is just as interesting as the book itself, but if you’ve never read Frankenstein, hopefully your interest will be piqued enough to pick it up and give it a serious read. I don’t think you will be sorry and after all, it’s monster season.

Here are the things I find mind boggling.

There’s Something About Mary

Mary Shelley (1797-1851) was born to remarkable parents. Her father was William Godwin, a political philosopher. Her mother was Mary Wollstonecraft, a famous feminist writer, who died 11 days after Mary was born. Young Mary was constantly inspired by her father and his intellectual friends. William Wordsworth and Samuel Coleridge frequented her childhood home. Mary was an avid reader and her father challenged her to write something every day. She loved Gothic novels.

Maybe it was Godwin’s permissive parenting, or just plain old l-o-v-e, but Mary, a teenager, fell in love with the poet Percy Bysshe Shelley. Well, love is grand, but Shelley was married and had two children. That didn’t deter Mary’s love because she ran away with him.  It wasn’t until Shelley’s wife committed suicide that that the couple married.

So, Mary and Percy, along with their friends Lord Byron and his doctor, John Polidon, were vacationing together one summer at Lake Geneva. The weather was nasty and the group was confined indoors. The foursome chatted about the supernatural, bringing the dead back to life, and theories of electricity. To pass the time Byron challenged his friends to write a spooky story. The lively conversations were definitely on Mary’s mind as she penned the first draft of what would later become Frankenstein.  Her scary story was voted the group’s best.

There’s Something About the Monster

The Hollywood versions of the Frankenstein story don’t exactly jive with the original novel. In the book, Victor Frankenstein is a university chemistry student who decides to make a man from spare parts he gathers together from his dissecting room and a local slaughterhouse. Once Frankenstein brings the creature to life, he immediately rejects it, which triggers a cycle of revenge and murders that take the pair to the North Pole.

All the bad stuff that happens is because the creature is lonely. He can’t bear the isolation and begs his creator to make him a female mate. Frankenstein gives in and creates a she-creature, but immediately regrets it and ends up destroying her in front of the original beast.

Frankenstein’s monster is a vegetarian, can read and speaks several languages. He learns what it is like to be human by spying on a family that lives close by. In fact, the prolonged popularity of the novel is probably due to its theme of what is means to be human. From the creature’s perspective, human emotions (rage, fear, sympathy, pain and love) are experienced.

Just read the book. It’s a timeless masterpiece. Today we commemorate the novel, the doctor and his lonely creature and the brilliant young, female writer who make it a legend.

Bravo Mary and thank you for reminding us, over two hundred years later, what it means to be human.

The beginning is always today.”

Great book! I loved the movie. I will order a copy. Happy Halloween!!!