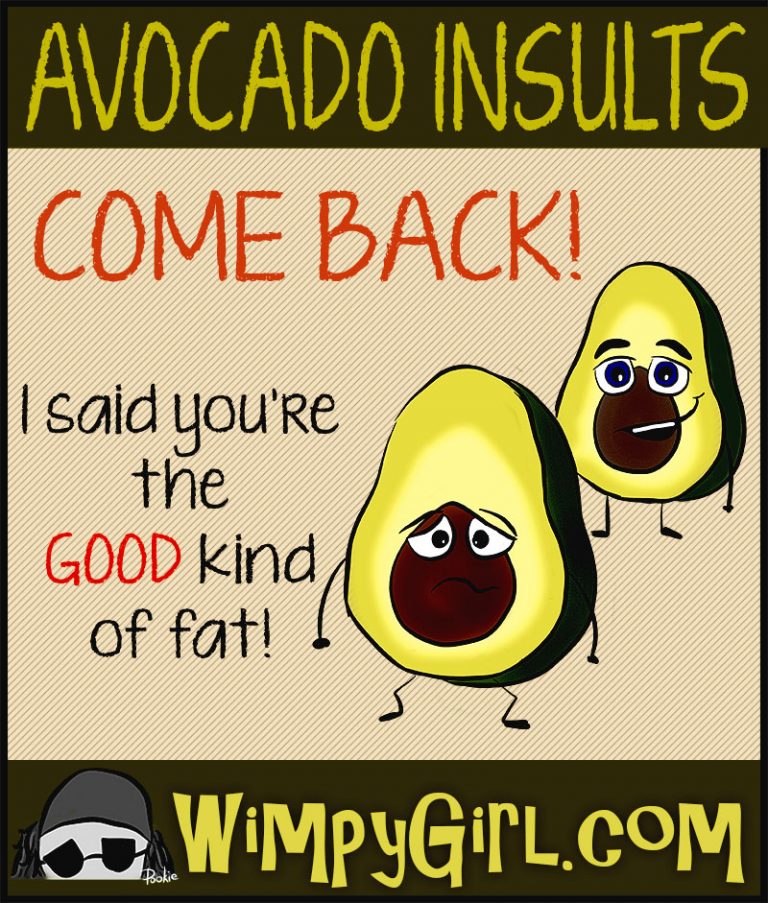 I really like apples, but both Capt’n Clean and I LOVE avocados! In fact, the past few years we’ve ceased living by the old wife’s remedy for good health, “an apple a day keeps the doctor away.” I’m a wife and I’m old, but we’ve swapped one fruit for a much more versatile, vitamin-packed one. We eat avocados every day. We have become avocado advocates.

We’ve had long discussions about whether avocados are fruit or vegetables. We THOUGHT they were fruit, but we didn’t KNOW for sure. Now we do. Because they have a seed and grow on trees, avocados are definitely a fruit. And of course, that got my curiosity piqued. Believe me folks, there’s more to a big bowl of guacamole than meets the eye…and mouth, and I’d like to share with you a few cool things that were new to me.

With Love, from Mexico – The History of Avocados

The first avocados can be traced back to Puebla, in South Central Mexico…14,000 years ago!!! The lestodons loved them. Do you even know what a lestodons is? I envisioned a huge scaley creature that hung with the raptors and T-Rex, but I was wrong. The lestodon was a huge prehistoric, avocado-loving sloth! Anything with seeds gave regular dinosaurs tummy problems, which left more for the lestodons, who, like Capt’n Clean and me, tolerate avocados just fine! These 15-foot monsters ate avocados whole, traveled around, pooped the seeds, and thus deposited and fertilized the plants. The lestodons became extinct about 13,000 years ago, but the “fruit” of their existence, the avocado, lives on.

The avocado was a big part of Aztec and Mayan life, for more than just a food source. The Aztecs believed that the fruit provided super strength when eaten, and in the Mayan calendar, the fourteenth month (K’aink’in) was represented by the cuneiform character for the avocado.

In the 1500s. when the Spanish showed up in Mexico, they realized the value of avocados and soon avo trees were cultivated in Central and South America as well as exported to Europe.

It wasn’t until 1833 that avocados were cultivated and grown in Florida and then later in California. But the fruit didn’t become popular in the United States until the 1950s, when they were added to salads. 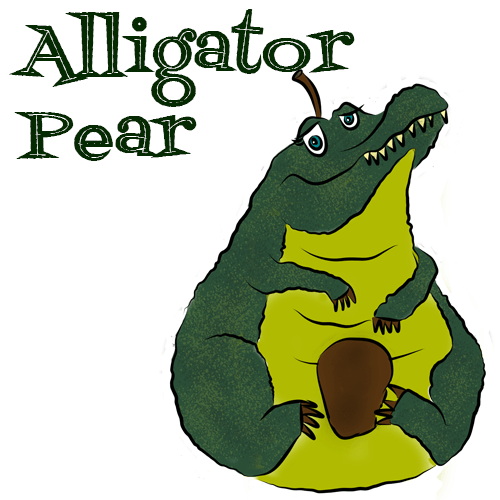 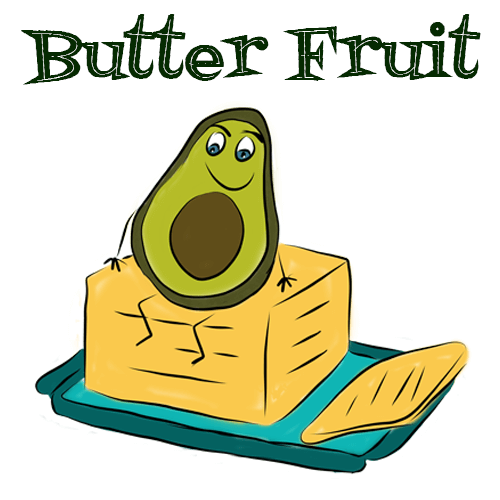 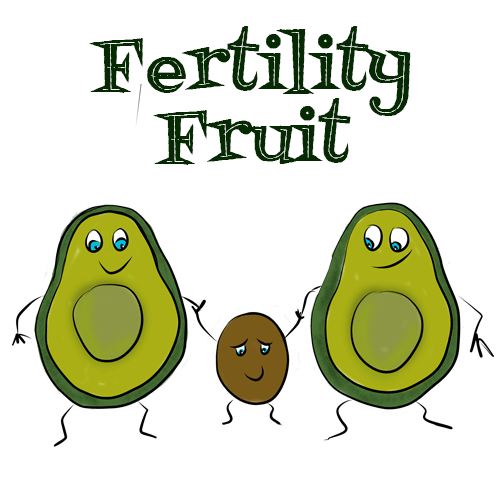 In 1696, Sir Hans Sloane, an Irish naturalist, came up with the name “avocado,” when he mentioned it while cataloguing Jamaican plants. The word derives from the Nahuati word “ahuacatl,” which refers to a certain part of the male anatomy that resembles an avocado (keeping this G-rated folks). Quite possibly this is why the Aztecs used the fruit as an aphrodisiac for both men and women.

The buttery texture of the fleshy part of an avocado caused it to be called “butter fruit,” in India. It is grown mainly in the Southwest Indian state of Karnataka, and if you were to ask any farmer there what he was growing, he’d most certainly reply, “butter fruit.”

The early English name for the fruit was avocado pear, but was often misinterpreted as “alligator pear,” probably because of the fruits rough skin. Well, the name has stuck in some parts of the United States too. One time we were in a Miami grocery store and I saw Capt’n Clean pick up a huge brownish-black thing called an alligator pear. They were the shape of really big eggplants. I didn’t know what it was but didn’t want to appear d-u-m-b, so I didn’t ask. A few days later the good Capt’n asked me if I was ever going to fix some guacamole. I replied that I would be glad to as soon as he got me some avocados. He then, educated me on what an alligator pear was. Doh! I figured because there were lots of gators in Florida…oh well, now I know! Those things were HUGE! The Seedy History of Avocados in the United States

It’s hard to believe that there was a time in America’s recent past, when nobody knew what an avocado was. It wasn’t until the 1950s that the avocado found its way to the produce section of most grocery stores. It took quite a bit of marketing for people to see and understand how absolutely marvelous the avocado is.

In the 1980s the U.S. dietary guidelines pushed people towards low-fat eating habits. The avocado industry took a huge blow, and although marketing gurus did research, ran TV ads, and tried to promote the healthy benefits of the avocado, it didn’t boost sales. They had forgotten a key promotion factor: the American public had never been educated about how to eat an avocado. Sheesh!

Then in the 1990s the California Avocado Commission hired the PR firm of Hill and Knowlton, and things changed rapidly. They created the mascot “Mr. Ripe Guy” as a spokes-fruit and ingeniously found a way to incorporate the avo into the Super Bowl. And we all know how the Super Bowl has evolved into a spectacular extravaganza where most Americans over-indulge in all kinds of food. Bingo! This was the perfect audience at the perfect time (January is prime avocado ripening season). So they pitched the “Guacamole Bowl“ and it worked!

Most people who hadn’t given a guac before, suddenly did. This was pre-Internet, but you might say the guacamole story went viral skyrocketing sales by 70%. What once was an odd, obscure fruit is now an integral part of Super Bowl Sunday. During this past year’s Super Bowl, Americans consumed over 105 million pounds of avocados. Holy guacamole!

Feed Your Healthy Curiosity – Reasons to Eat Avocados Every Day

Like I said, Capt’n Clean and I share at least one avocado a day. Actually, we’d probably chow down on them even if they weren’t so healthy, because we love them so much. It’s a good thing they are good for us! Here’s a few benefits of eating an avocado each day:

Stabilize Your Weight: Avocados have the “good” kind of fat, and when you eat healthy fats along with other essential nutrients it helps your body level out at its optimum, comfortable weight.

Regulate Your Metabolism: Keeping your metabolism stable is an important to good health. The healthy fats in avocados help to prevent metabolism spikes and crashes after a meal.

They are Delicious: There are an infinite number of culinary masterpieces you can create with avocados. We’ve never had avocado ice cream, but I bet it would be good. I like to just cut ‘em open, scoop out the seed, toss a little salt on and gobble them up! Best snack ever!

They Boost Your Immune System: Avocados are rich in vitamins A, C and E, which means they are immunity boosters. And nowadays, we all need our immune systems to work overtime!

They Can Preserve Your Eyesight: A little over a year ago, Capt’n Clean and I both had to have cataract surgery. I’m sure it was because neither one of us ate enough avocados as a child…wink! Avocados are loaded with tons of stuff with long complicated names that are particularly effective in staving off macular degeneration. Good reason to keep on gorging on the luscious fatty, eye-shielding fruit.

They Can Stave Off Hunger: Do you ever get that mid-day slump, when you start to crave things like chips and chocolate candy? I sure do. But eating an avocado instead is just as yummy and provides slow-digesting energy, as opposed to the spike and crash that candy and chips offer.

They Could Lower Cancer Risk: Avocados are super rich in antioxidants that help fight off and inhibit the growth of cancer.

They Fight Inflammation: This super fruit contains oleic acid, which is a miracle compound that decreases inflammation in the body. And, inflammation is the culprit behind many chronic diseases like Alzheimer’s and arthritis.

They Lower Cholesterol: Remember, avocados have the “good” kind of fat. This lowers the “bad” kind, which keeps cholesterol at healthy levels.

They Lower Your Risk for Heart Disease: Avocados are packed full of potassium, which is necessary to keep your blood pressure low and steady.

They Make You Happier: You are just one avocado away from a good mood. Well, at least that’s the way it works for us. Have one and tell me you aren’t happier. Okay, it’s probably the folate and potassium in avocados that help you not to be depressed, but who cares about the details. It works!

One thing you’ve probably guessed by now is that Capt’n Clean and I are guaco-holics. We believe that store bought guacamole is a crime against taste buds. So, to celebrate National Avocado Day, repeat after me:

“Today, I will buy fresh avocados and make my own scrumptious bowl of guacamole, avocado toast, or whatever other recipe I choose. And before I take my first bite, I will hold my chip, fork, or toast in the air and salute Mexico and her kindness in sharing avocados with the rest of us. Gracias, Mexico!”

See, that wasn’t too difficult, was it?

I love things that are indescribable, like the taste of an avocado or the smell of a gardenia. ~Barbara Streisand