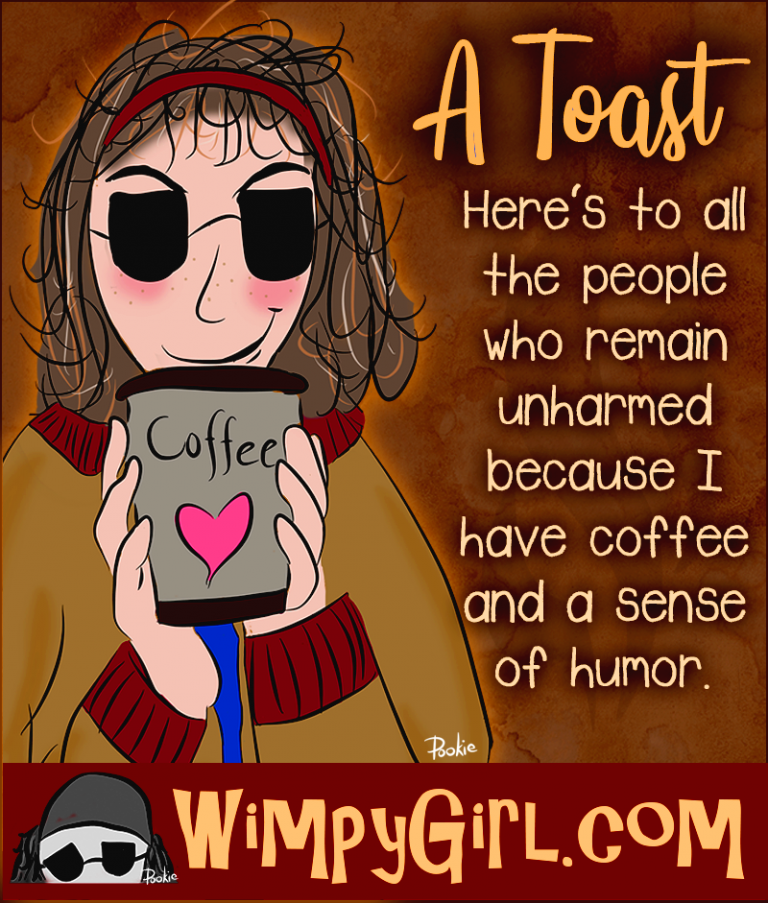 If you are a coffee snob like me, you probably have come to the realization sometime in your life that most of the brilliant people throughout history have been coffee aficionados.

Oh, come on, it’s something to ponder as you take your first sip of that wonderful coffee brew each morning, right?

Coffee is extraordinary, so obviously the people who love it must be too. Okay, okay, there have probably been a lot of stupid, bad people who share our passion. I recently read an article that claims that everyone who drinks their coffee black has psychopathic tendencies. Hmm.

Pretend I didn’t write that. Today, we are going to ignore this study.

For today, since we are celebrating, rather than wringing our hands with worry as we decide who to sit next to at Starbucks, we will focus on a few of the avid coffee drinkers who left a positive impact on the world. Get ready to think outside the cup as we honor the greatest coffee drinkers of all time. Bach was a coffee fiend and was purported to enjoy 30 cups a day. He loved coffee so much that he wrote an opera about it. During Bach’s time in Vienna, coffee was considered a dicey social vice. So, Bach, being a regular at the Vienna coffeehouse scene, mocked this societal outcry by writing a short opera about it called Coffee Cantata. It is a about a woman named Aria, who attempts to overcome her addiction to coffee. Her father does everything he can to stop his daughter from drinking the vile brew.

Aria sings, “Ah! How sweet coffee tastes, more delicious than a thousand kisses, milder than muscatel wine. Coffee, I have to have coffee, and, if someone wants to pamper me, ah, then bring me coffee as a gift!”

Man, oh man, you’ve got to appreciate a girl with that kind of need.

The story ends happily for Aria with her father agreeing that three cups of coffee daily can be included in her marriage contract. Yep, that’ll do. Beethoven was temperamental and a picky coffee drinker. He insisted upon exactly 60 beans per cup, and would count, by hand, each bean. He, like Bach, frequented Vienna coffeehouses, but did so with a very precise routine. He would enter the coffeehouse through the back, sit only in a private room and stay until he finished the daily newspaper.

Wouldn’t you hate to be the barista of Beethoven’s coffee establishment? “1, 2, 3…60.” Oh yes, the maestro checked the count and often recounted.

Remember that Beethoven was deaf, give the man a break. The master satirist, Voltaire, was a caffeine addict. He drank 40-50 cups of coffee every day.

Because of Voltaire’s coffee obsession, he paid exorbitant amounts to import it, which, during this time in France, was considered eccentric. Unlike Napoleon Bonaparte, who drank his coffee black (psychopath?) Voltaire was a designer coffee kind of guy. He preferred a mocha (chocolate-coffee) blend.

Just imagine if Voltaire lived today. Can’t you just see him sitting at Starbucks, completing the first draft of Candide while sipping on a grande mocha latte. Brilliant! Renowned Danish philosopher Soren Kierkgarde was, like most coffee geniuses, picky about his coffee. He would fill a cup to the rim with sugar (at least 30 sugar cubes) and then pour boiling black coffee on top to dissolve the sugar. Oh my!

He also had 50 separate coffee cups each with a different design. He would ask his assistant to select one and then give a philosophical reason for his choice. After all, in life, you can never have too much logic, or philosophy, or coffee…or sugar. Ben Franklin loved to hang out in the coffeeshops of London way before it was cool. Being the ultimate opportunist, Franklin used coffeehouses for political meetings, playing chess and saucy conversations. He even told his sister to send all of his mail to his favorite coffee haunt in London.

Franklin also saw an opportunity and seized it by selling his own brand of coffee beans. He advised everybody taking a boat trip to bring their own coffee provisions just in case the captain ran out. Good advice Ben! Teddy Roosevelt drank at least a gallon of coffee a day with 5-7 cubes of sugar making him by far the most caffeinated president in the history of the United States. His coffee addiction was not really his fault. From the time he was a child he was given strong coffee and puffs of cigars to help ease his asthma.

Roosevelt was also responsible for Maxwell House’s most famous advertising slogan. In the late 19th century, Joel Cheek and Roger Nolley were food buyers who spent years trying to find the perfect coffee blend. Believing they had succeeded, they offered 20 pounds of their miracle blend to the Maxwell House Hotel in Nashville for free. The coffee became popular, and of course Roosevelt had to try it. In 1892, Cheek claims to have overheard the bullish president exclaim that Maxwell House coffee was “good to the last drop.” Well, it stuck. You know the rest of the story! L. Frank Baum, the writer and creator of The Wizard of Oz, had 4-5 cups of joe each morning to get his creative juices flowing. He also allegedly liked his coffee so strong that he could float a spoon on it. He liked it with cream and sugar.

His morning regimen was very structured: wake up at 8 am, eat breakfast, drink coffee, and then take a walk in the garden for inspiration. What a life! Although I’m thinking the caffeine had a lot to do with his inspiration. Those bluebirds flying over the rainbow are mighty happy after they’ve had their morning coffee!

So, if you are addicted to coffee, you are not alone. Obviously, throughout history, coffee has fueled some of the most creative and intellectual minds ever to have walked the planet. It’s powerful stuff. I think it was the secret sauce to their success. Even if it wasn’t the actual magical coffee beans that created their genius, the caffeine (and sugar rush) kept them fueled to wake up and be brilliant another day.
Experience Coffee Day! (because you can never have too much coffee in your life!)

“Why, this Satan’s drink is so delicious it would be a pity to let the infidels have exclusive use of it. We shall fool Satan by baptizing it and making it a truly Christian beverage.” –Pope Clement VIII, papacy from 1592-1605